Skip to Main Content
FREE DOMESTIC SHIPPING AT $100 AND MORE. Any purchases during sales periods & discounted items are final sale. For Brooklyn-based ceramicist Helen Levi what started as a childhood hobby has turned into a full-fledged career. Approaching her work in ceramics as the creation of humble and functional objects rather than as a means of self-expression has allowed her to keep a certain distance and detachment from the results (and the individual pieces themselves) that has been crucial to her success. In advance of the opening of her exhibition at the Poketo Flagship, 66 Mugs, we took a visit to Helen’s Los Angeles studio, where she has been hiding out from the New York winter and creating a new body of work that is the result of exploration in local materials and firing techniques. 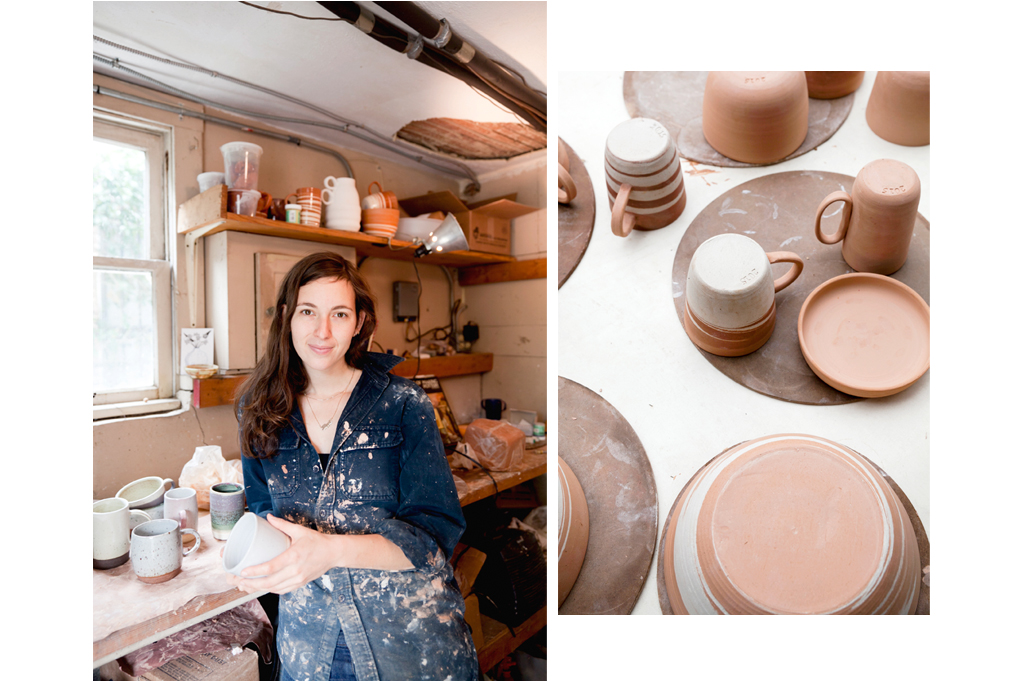 You began “dabbling” in pottery very early on. How did this start?

I’ve been doing pottery for as long as I can remember. My parents put me in an after-school class in kindergarten, and I continued through high school – pretty much exclusively with one teacher, a wonderful sculptor named Michelle Sholtis. I started teaching pottery in college and continued afterwards. 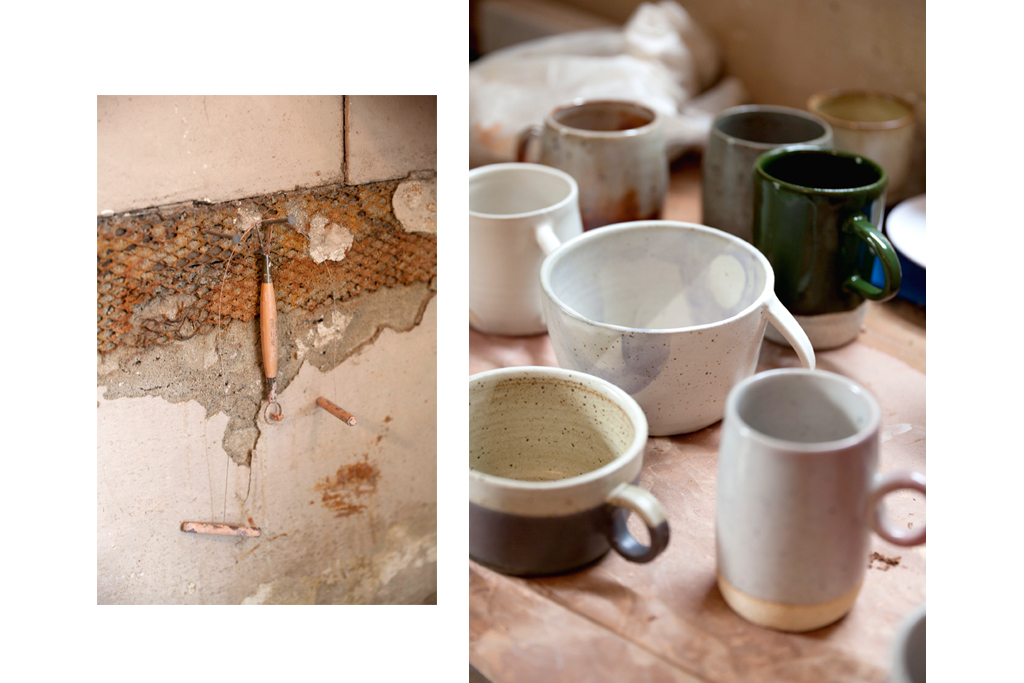 As a native New Yorker, how has the city influenced your work?

What’s great about New York for my line of work is how little isolation there is. I’ve gotten to connect with so many wonderful artists and designers who work in different mediums since starting my business. I feel very inspired by being part of that community. For example, sharing a workspace with my studio mates Chen and Kai. Dealing with small spaces in New York has influenced my work in the most practical way, as it has with everyone who is doing production there. I am so envious of all the spacious California studios I’ve visited! 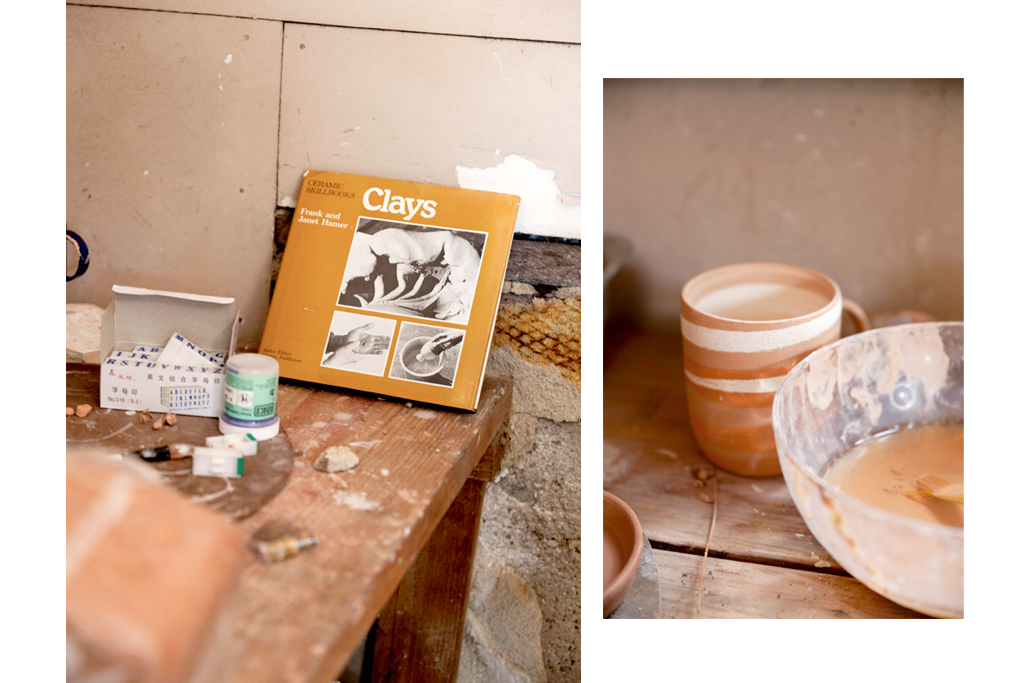 Describe your overall aesthetic in a few words.

I’d like to quote my mom, who recently described my work as “playful, yet disciplined”. 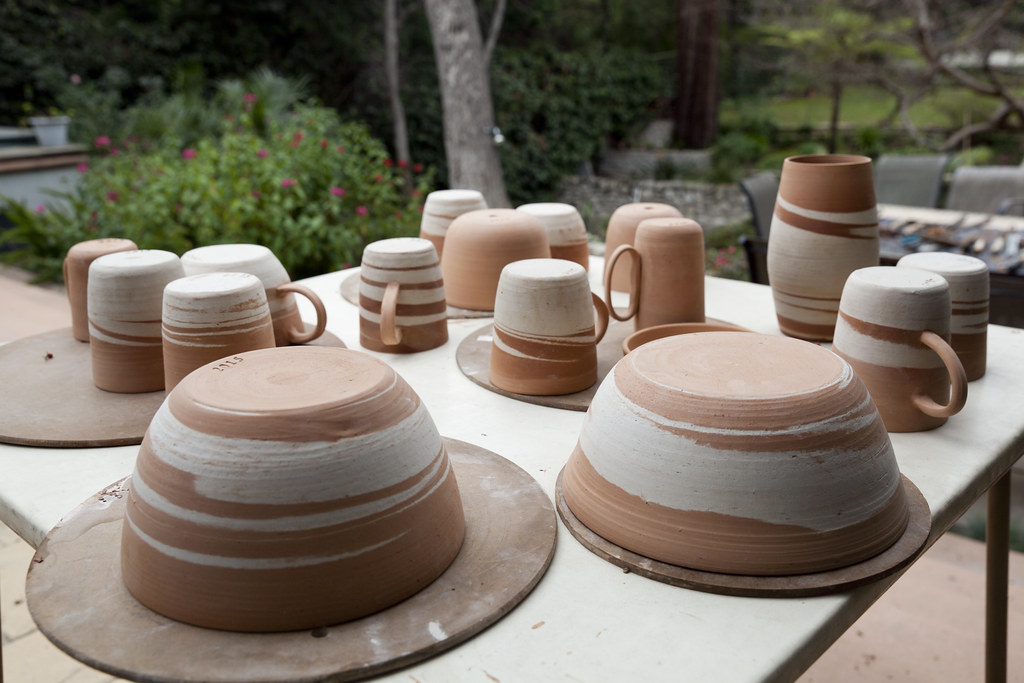 Is there a particular piece that you feel most connected to?

I have kind of a distance to most of my pieces, in part because I can replicate them, and in part because I don’t view my pottery as an expression of a personal idea, but rather as a humble and functional object. I studied photography in college and was so attached to it as my self-expression, and I really struggled to turn it into a ‘career’. But then I got a chance to sell my side hobby, pottery, at one store, and it clicked that it was a sellable product I could create, not fine art photography. The only pieces I have a really hard time letting go of are ones where something unusual happened – like a really special pattern in the marbling process, or, like I’ve learned here in LA, when one piece in the gas kiln gets flashed by a glaze from another piece and ends up with a lovely cloud of unexpected color on it. 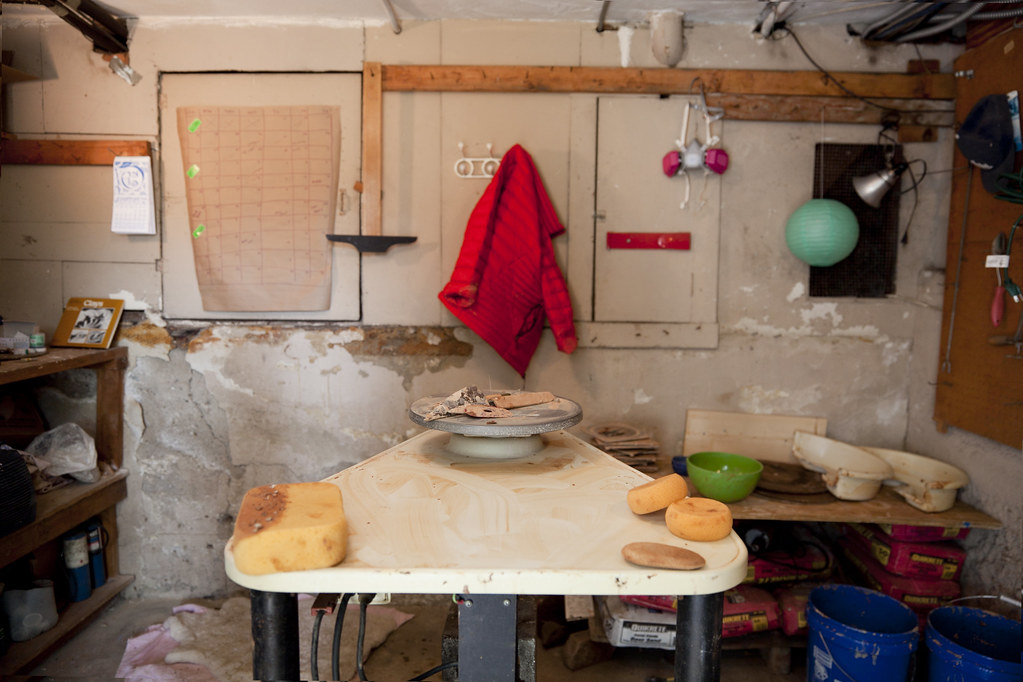 What brings you to Los Angeles, and how has the change of scenery inspired the work that you’ve been making here?

Well, missing winter was a big part of it! But I also wanted a chance to learn about gas firing, which is really rare in New York City, mostly because of space constraints. When you fire gas, it’s different clay and glaze than my familiar electric kiln. I’ve definitely been inspired by the rich tones and textures of these new materials. So far, I’ve noticed a lot more speckles in the clay and warm, reddish brown hues. 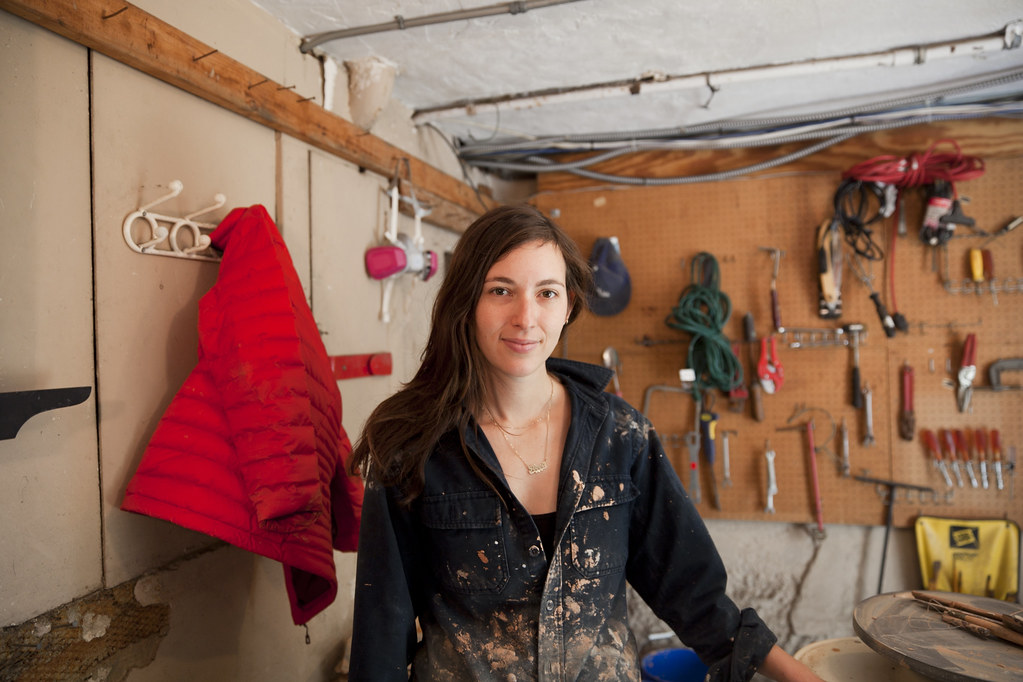 Helen Levi’s 66 Mugs opens at the Poketo Flagship on the 27th of February from 6-8pm. For more information and to RSVP visit our Facebook.