Poketo just wrapped up an incredible weekend of learning, conversation, and music with Hrishikesh Hirway of renown podcast, Song Exploder. We first met Hrishikesh several years ago at a Poketo art event and quickly became friends. We became fans of his work from the band, The One AM Radio, and now more recently, with his hit podcast, Song Exploder. Through Song Exploder, Hrishikesh interviews musicians and bands to deconstruct and find the inspiration and backstory of a song and band. We were honored to present a live performance and taping with LA based, Bethany Cosentino of Best Coast at The Line Hotel Shatto Ballroom. She shared her thoughts on the song, Feeling Okay.. and left the audience, feeling awesome. This will be a future podcast, so be sure to download it on Song Exploder.

Prior to the live performance, Poketo held an intimate workshop with Song Exploder titled, Podcasting 101— the essentials to creating a hit podcast. With a group of 26, Hrishikesh spent an additional two hours after the class end sharing his stories of starting and building Song Exploder and answering everyone’s questions. What an incredible opportunity to hang out and learn from one of the best. 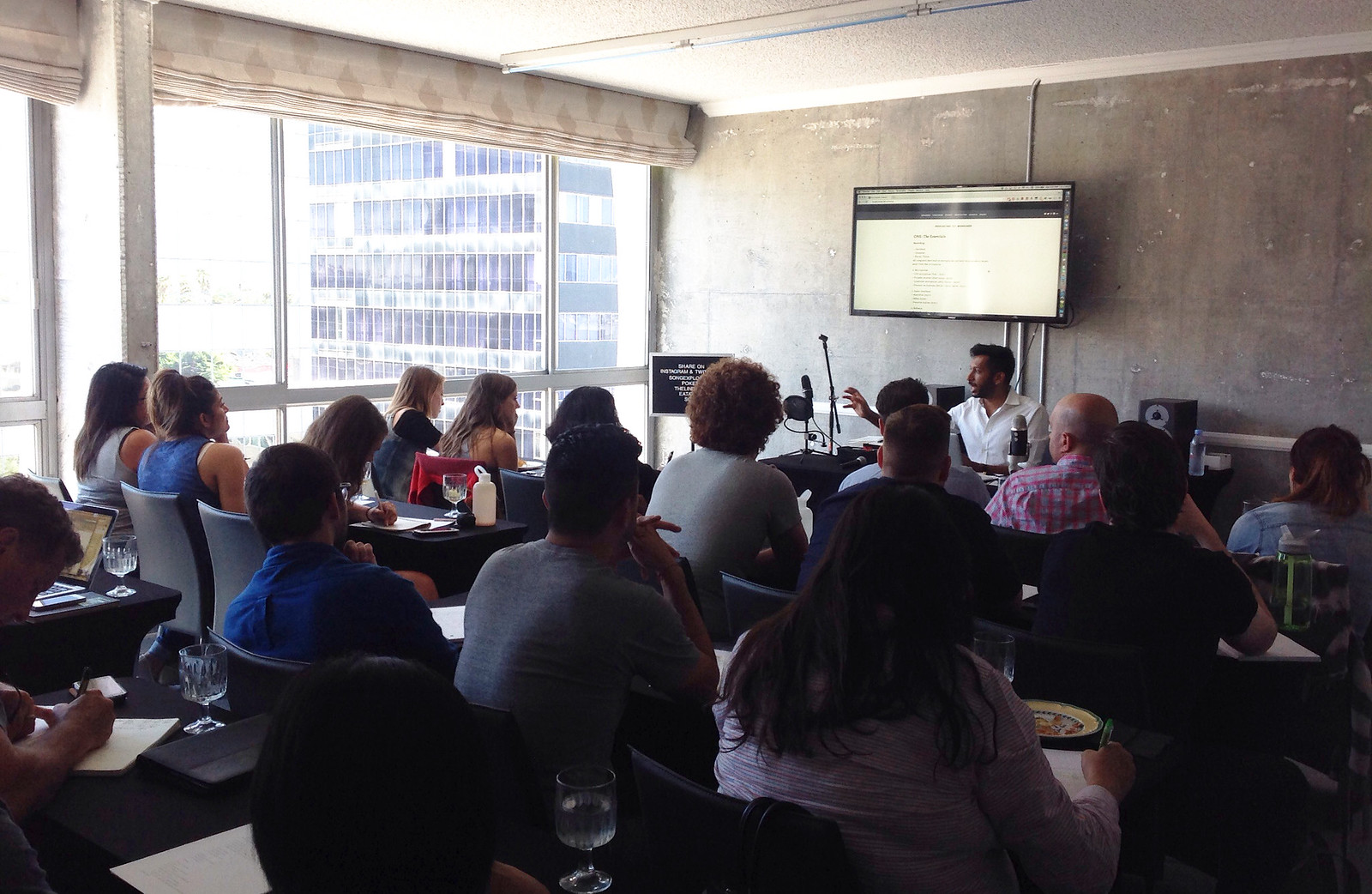 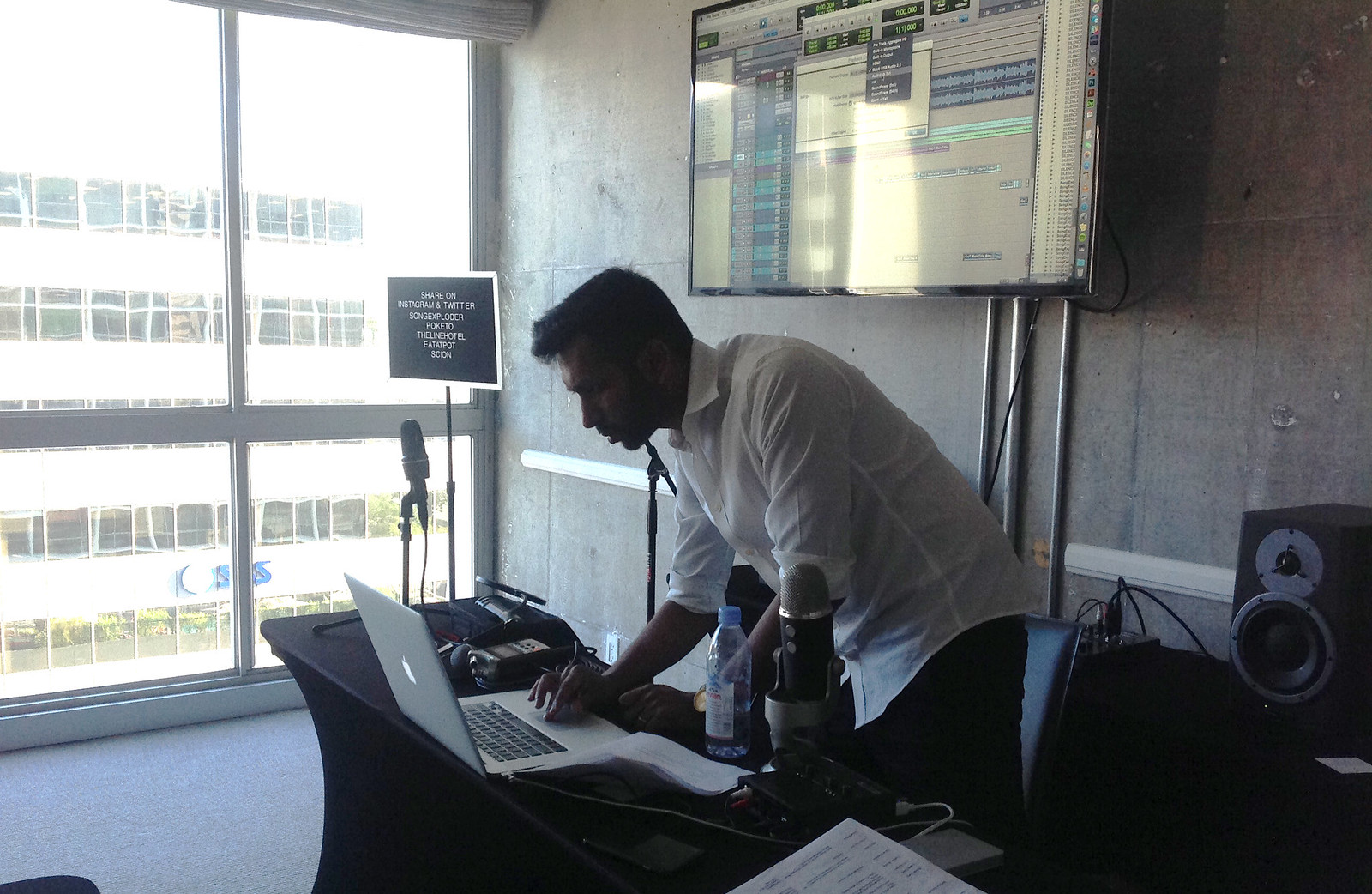 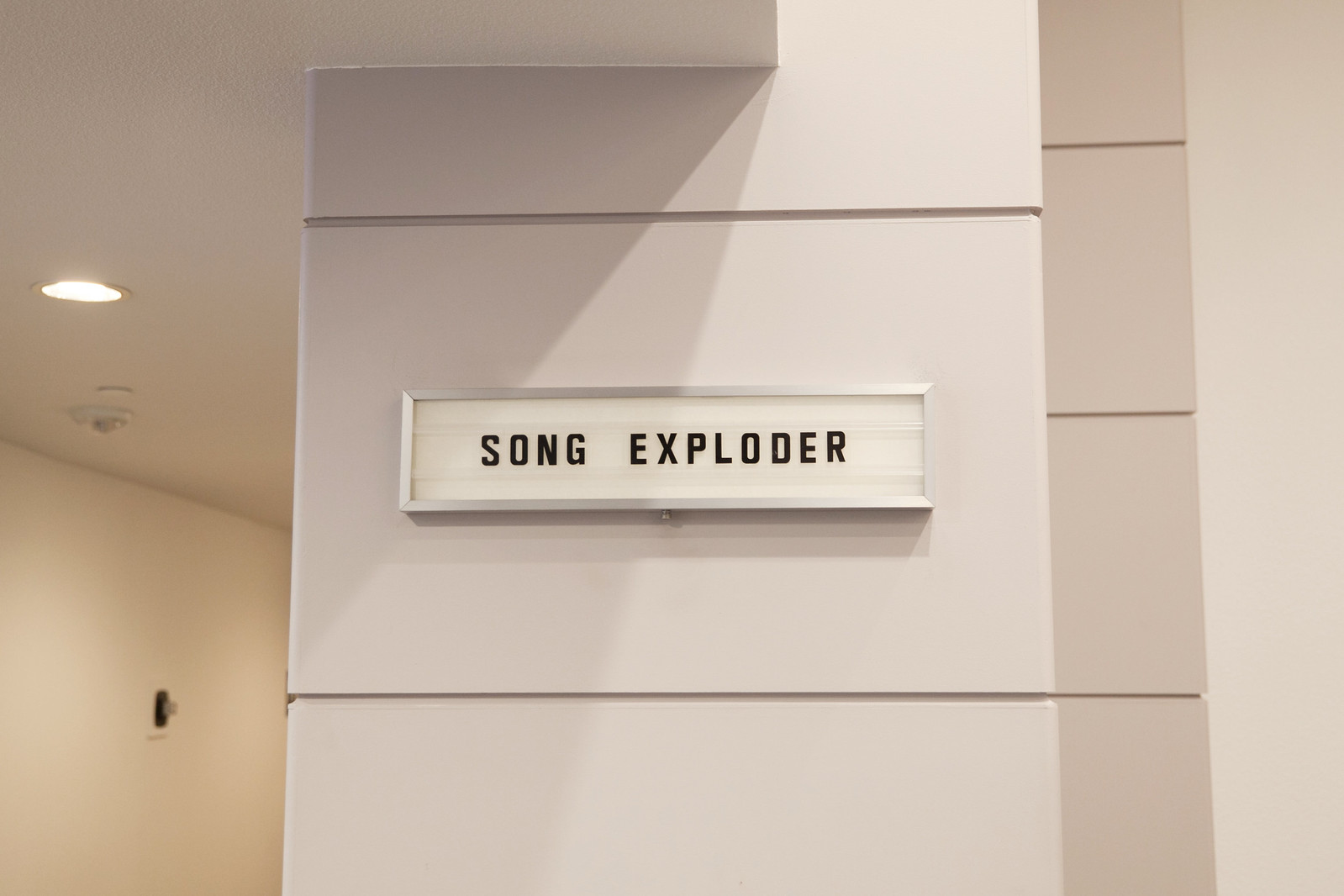 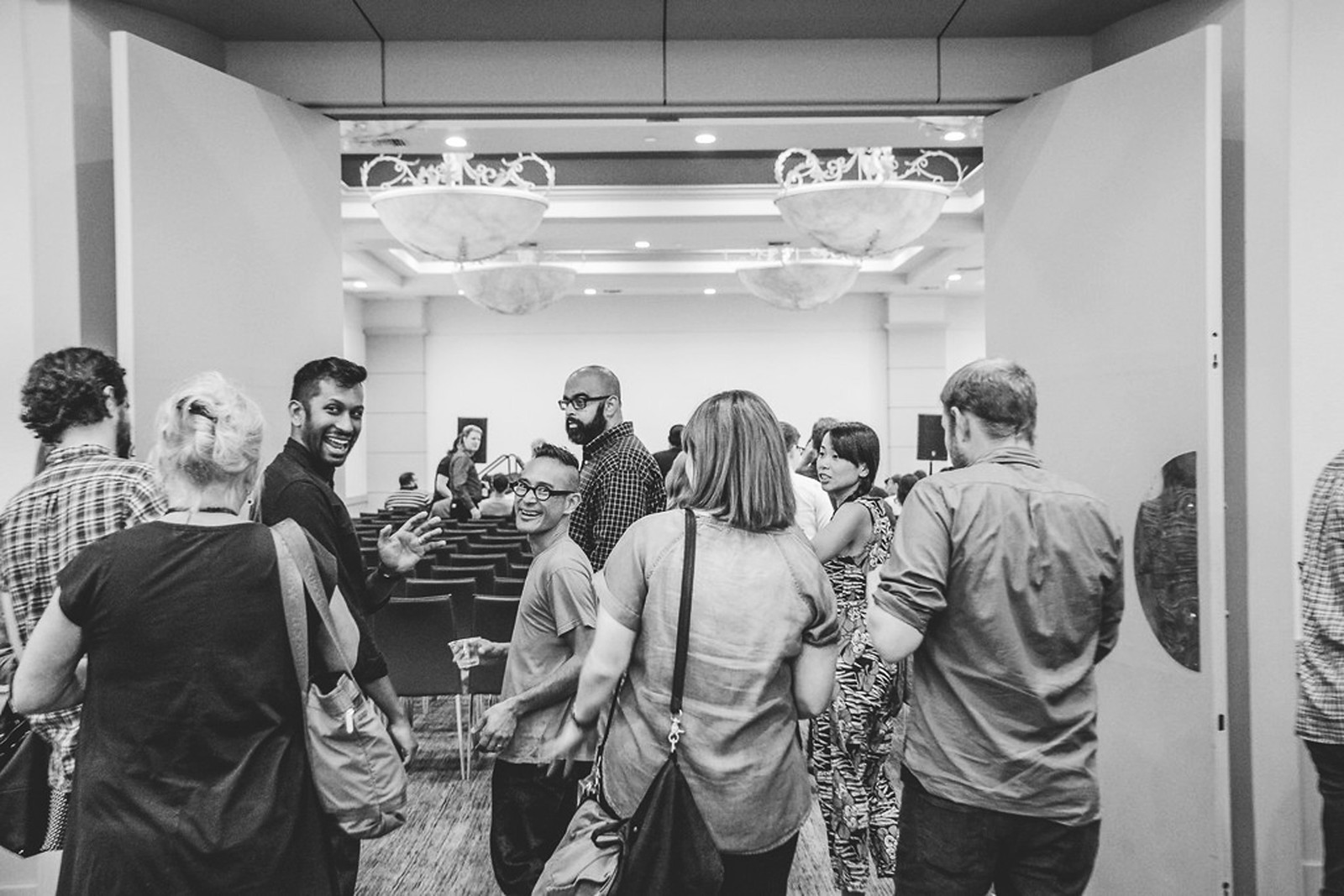 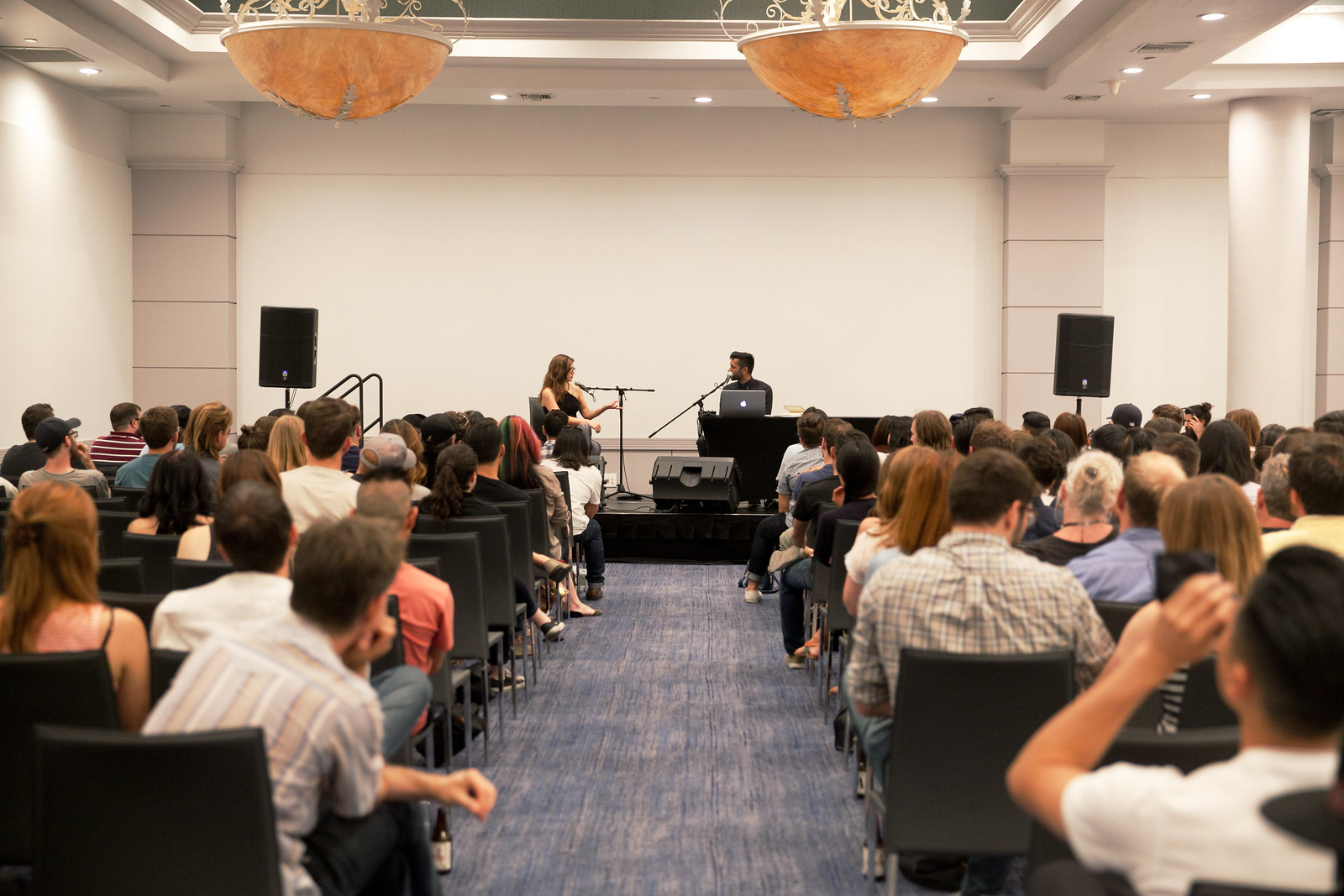 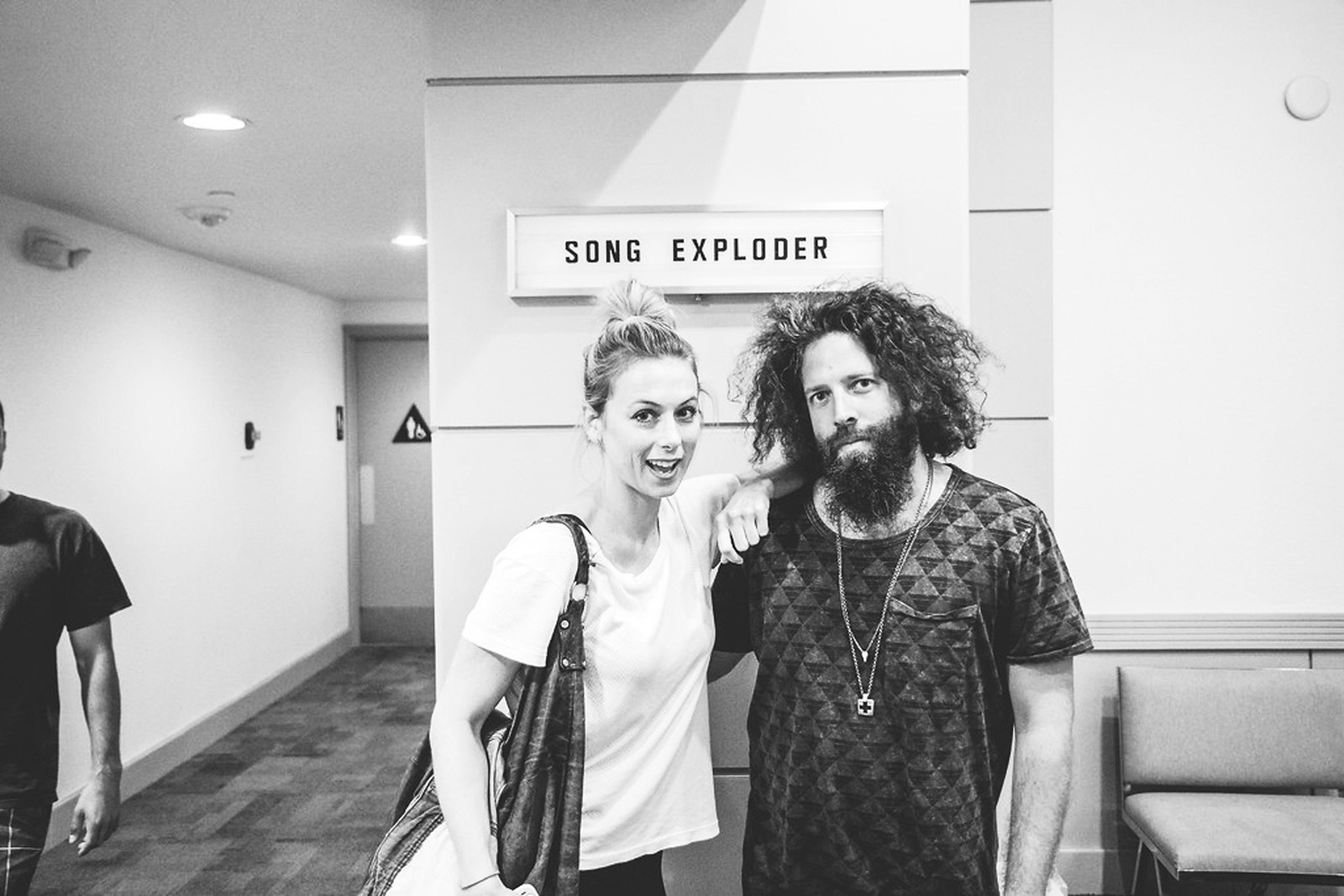 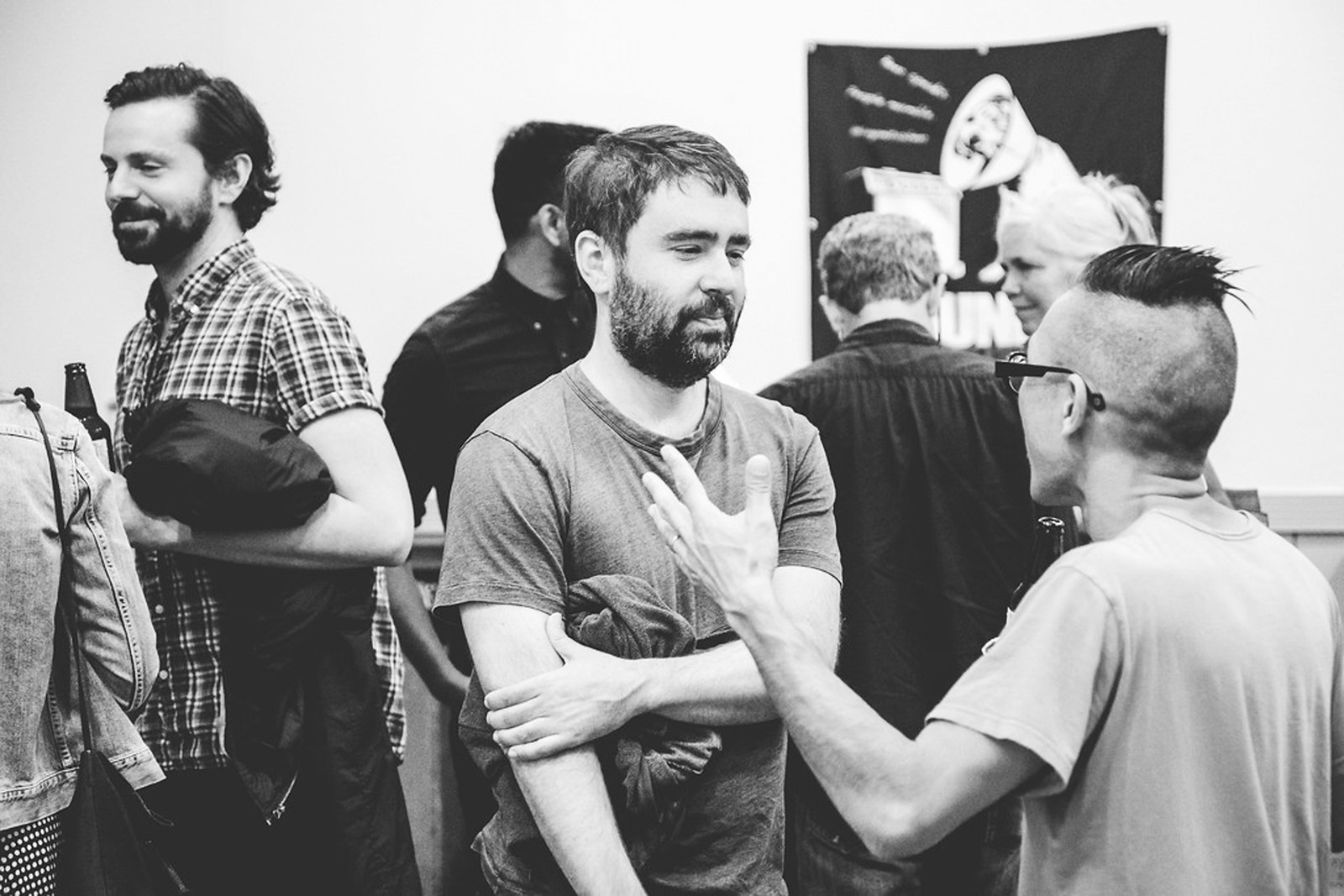 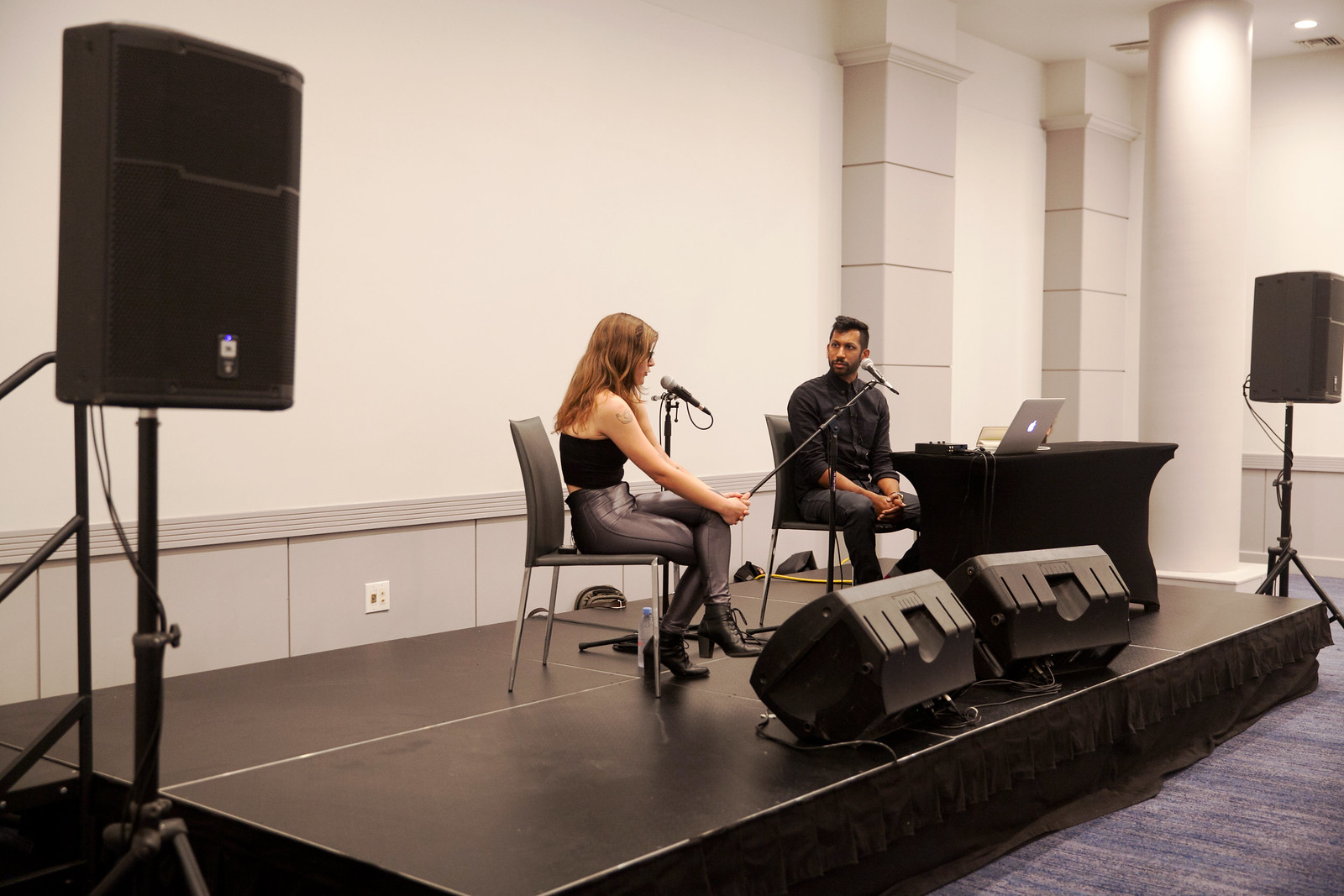 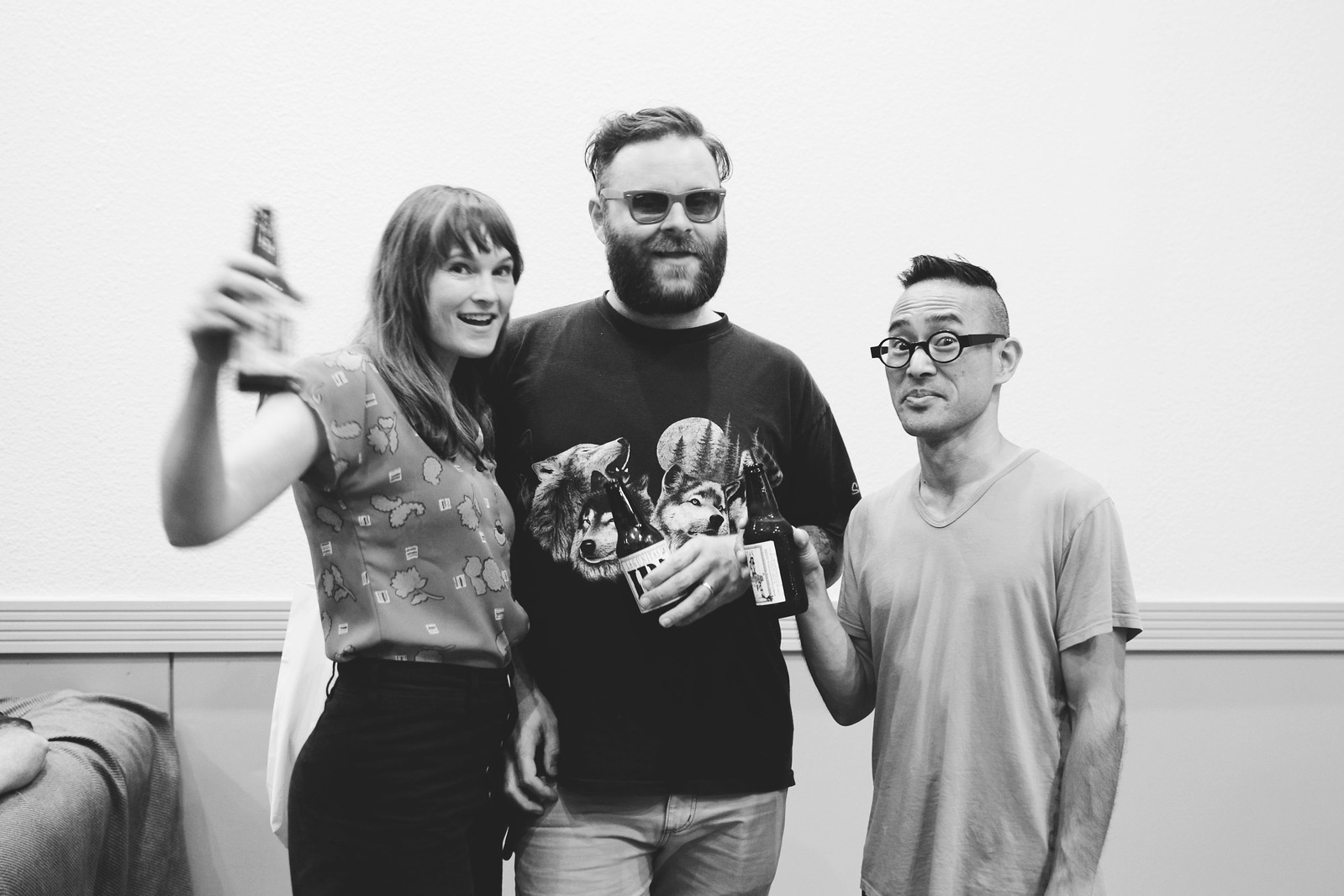 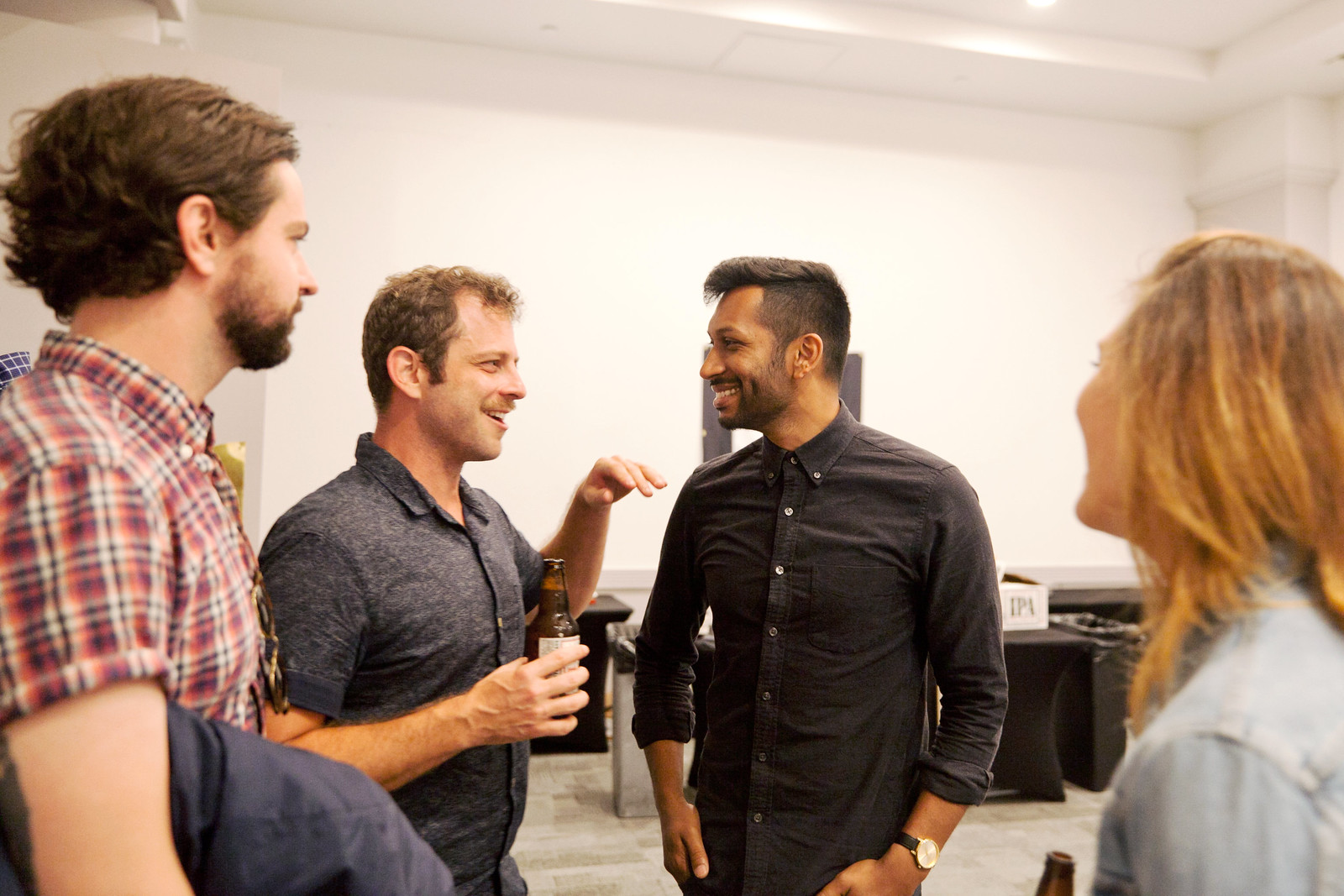 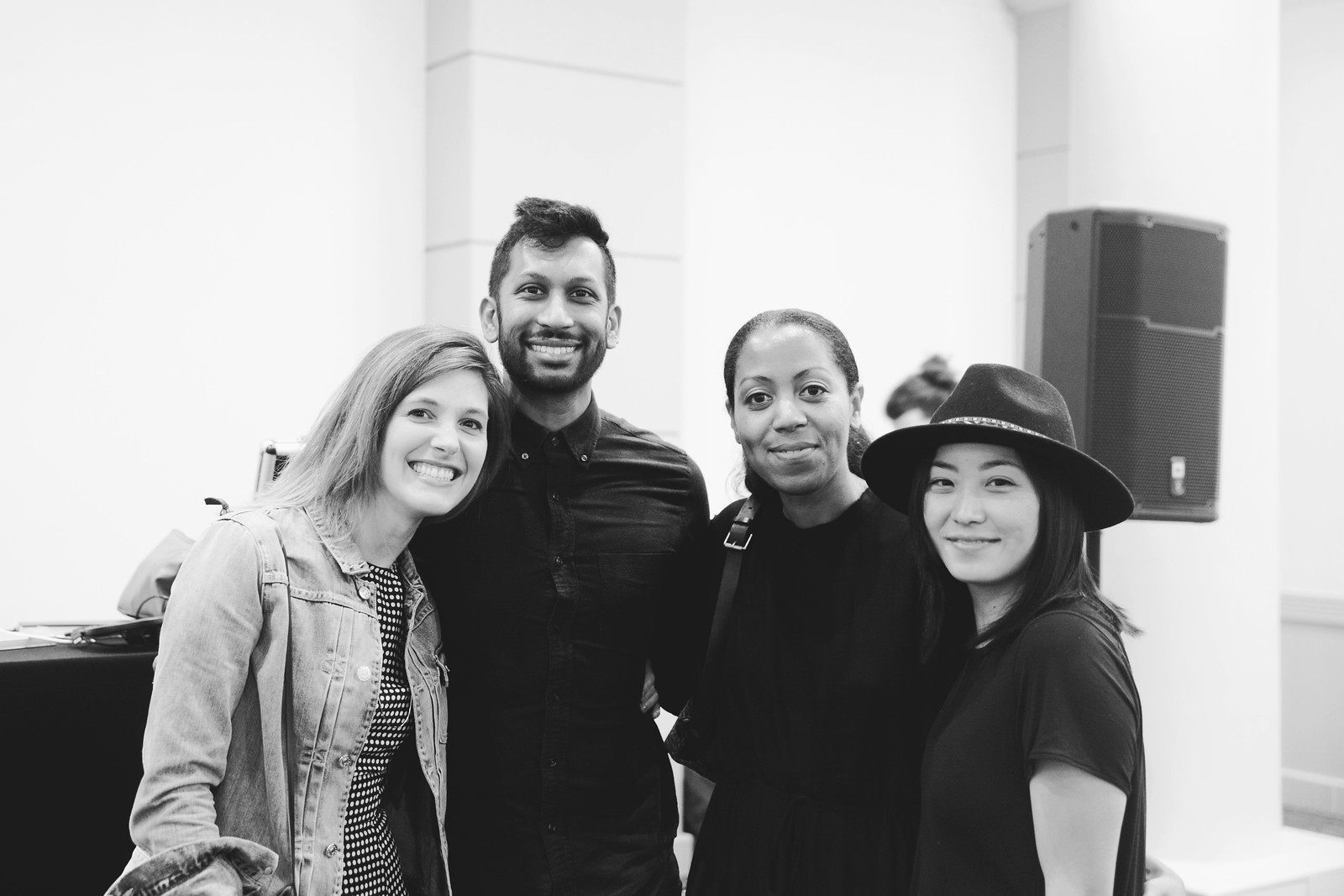 Lindsey Mortenson of Larson and Lund, Hrishikesh Hirway, Sana and Jill from The Line Hotel.

Big thank yous go out to The Line Hotel and Song Exploder for making these events a reality. Los Angeles is a better place because of their work and passion. Lagunitas Brewing Co. for sponsoring the live event. Last, but definitely not least, our long standing relationship with Scion who helped sponsor the Song Exploder Podcasting Workshop.