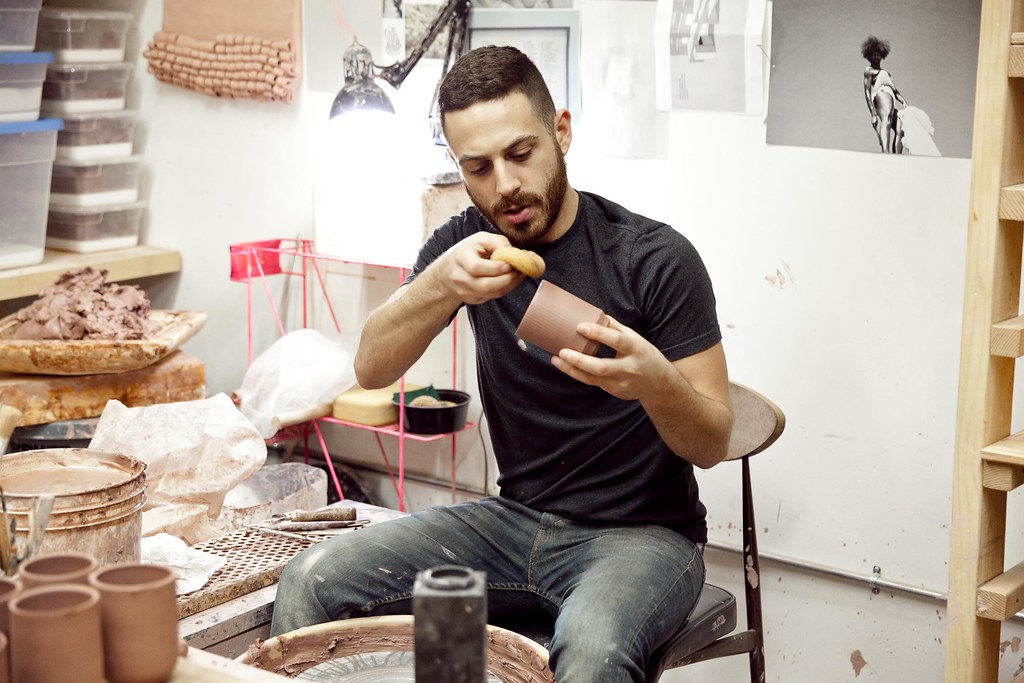 We recently stopped by ceramicist Ben Medansky’s studio in the arts district of Los Angeles to check out the works in progress for his upcoming show at Poketo, Ben Medansky Ceramics at Poketo, opening on March 1st. Here is a sneak peek of the pieces, as well as some shots of Ben hard at work throwing, glazing, and firing. Check back soon for an in-depth interview with Ben, where he delves into the process of striking out on his own, muses on form vs. aesthetics, and discloses his deepest, darkest secrets (Ben bought his kiln with his Bar Mitzvah money, shhh!). More info and to RSVP on facebook.com/poketo
Catering Provided by Urban Palate urbanpalate.com